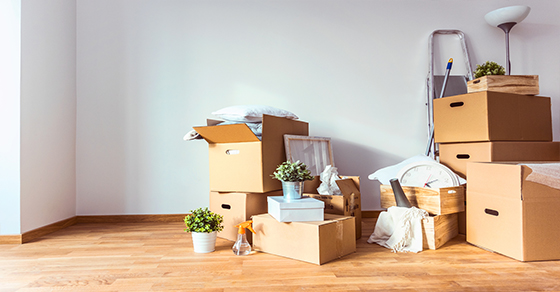 If you moved for work-related reasons in 2017, you might be able to deduct some of the costs on your 2017 return — even if you don’t itemize deductions. (Or, if your employer reimbursed you for moving expenses, that reimbursement might be excludable from your income.) The bad news is that, if you move in 2018, the costs likely won’t be deductible, and any employer reimbursements will probably be included in your taxable income.

The Tax Cuts and Jobs Act (TCJA), signed into law this past December, suspends the moving expense deduction for the same period as when lower individual income tax rates generally apply: 2018 through 2025. For this period it also suspends the exclusion from income of qualified employer reimbursements of moving expenses.

The TCJA does provide an exception to both suspensions for active-duty members of the Armed Forces (and their spouses and dependents) who move because of a military order that calls for a permanent change of station.

If you moved in 2017 and would like to claim a deduction on your 2017 return, the first requirement is that the move be work-related. You don’t have to be an employee; the self-employed can also be eligible for the moving expense deduction.

The second is a distance test. The new main job location must be at least 50 miles farther from your former home than your former main job location was from that home. So a work-related move from city to suburb or from town to neighboring town probably won’t qualify, even if not moving would have increased your commute significantly.

The moving expense deduction is an “above-the-line” deduction, which means it’s subtracted from your gross income to determine your adjusted gross income. It’s not an itemized deduction, so you don’t have to itemize to benefit.

Generally, you can deduct:

But don’t expect to deduct everything. Meal costs during move-related travel aren’t deductible  nor is any part of the purchase price of a new home or expenses incurred selling your old one. And, if your employer later reimburses you for any of the moving costs you’ve deducted, you may have to include the reimbursement as income on your tax return.

Please contact us if you have questions about whether you can deduct moving expenses on your 2017 return or about what other tax breaks won’t be available for 2018 under the TCJA.